Botany MP Jami-Lee Ross is understood to be under investigation by the Parliamentary Service for misconduct, believed to involve bullying, a media source has claimed.

In an article in Newsroom, journalist Melanie Reid, reported today, “Ross is again under investigation after misconduct allegations saw three of the four staff in his Botany office placed on special leave. 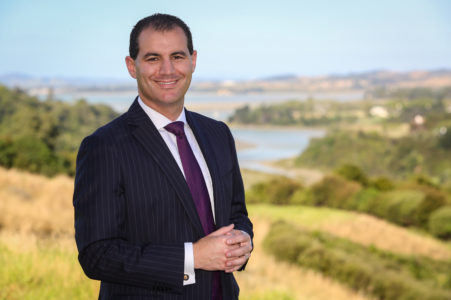 “Newsroom has been told the inquiry began after “staff members raised serious concerns about Jami-Lee Ross’ behavior and conduct over the past year to the Parliamentary Service”.”

Ross was contacted by the Times for comment and stated the following:

“I am aware that there is a process underway with some staff taking leave. However, my office is still operating this week, albeit on slightly reduced hours, and we are working hard to continue serving my constituents. We will be open again after Waitangi Day.

Unfortunately, I am in the dark regarding the details of any allegations at present. I have not yet received a copy of any complaint despite asking for this. While I don’t accept that I have acted in an inappropriate manner, the job, for all in the team, is performed under high pressure and stress at times. As a result and with a small team of assigned staff, not all personalities can or do gel. If I am meant to have said anything that has offended or upset any employee, once I know what this is, I will confront that. Otherwise, it is work as usual.

I welcome the opportunity to engage in a fair process, where natural justice applies and thorough information gathering with all perspectives considered. Because this is an employment matter, the Parliamentary Service has requested complete confidentiality. It appears that a party has breached Parliamentary Service’s request for confidentiality and is attempting a “trial by media”. However, I will respect this request and I am unable to comment further at the moment. But, I will when I know more and can.

I am sure that you appreciate I have a number of political adversaries who seek to see me isolated and under attack for their own political advantage. Reports of these relatively standard workplace inquiries, which provide a chance to repeat past and untested allegations, surely can be seen as being politically motivated by those who won’t see me out of a job and away from a place where I can hold them to account, including former colleagues. Many are concerned with what I know and what I can say and would prefer to see me stand down or resign so I remain silent. This is not a new pressure, and at times has been very difficult to manage, as everyone knows, but I am doing my best to do so. Focusing on my electorate and doing the best by them, is my focus at present. They remain well served, despite the continued attacks I face.”