A driver locked himself in a vehicle and refused to co-operate with officers after a pursuit by police on Easter Sunday.

In a strange twist, a man holding what appeared to be a firearm was observed filming the incident in a video posted by witnesses to the former incident.

It has come to a stop on Kirikiri Lane, where the driver has allegedly locked himself in the vehicle.

Eventually, the driver has been removed from the vehicle by Police.

The 57-year-old man was arrested and faces charges relating to failing to stop, resisting Police and one charge under the Health Act in relation to breach of Level 4 restrictions.

He has appeared before the Manukau District Court and is next scheduled to appear on 2 July. 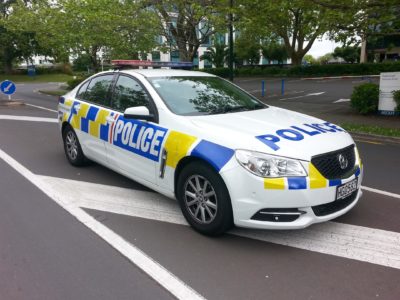 In connection with this incident, later that evening, Police became aware of a video on social media of a male filming the incident and holding what appeared to be a firearm.

Due to the nature of this video at around 11pm Police have returned to Kirikiri Lane and approached the address where the video was filmed.

The male who filmed the video was spoken to about his behaviour and was compliant with Police.

The item in the video has since been identified as a blank starter pistol.”